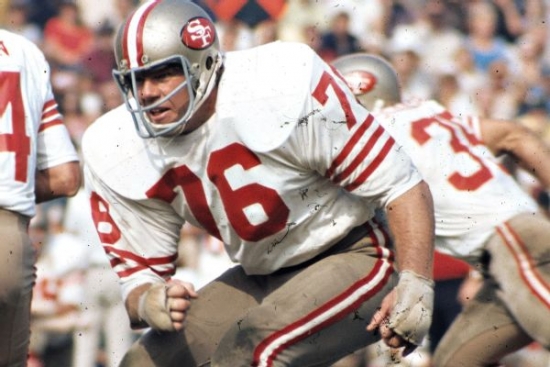 From Utah State, Len Rohde played his entire career with the San Francisco 49ers, where he played from 1960 to 1974.

After his first three seasons playing in a backup role, Rohde took over as the starting Left Tackle in 1963, and he never missed a start until he retired in 1974.  Rohde was a Pro Bowl Selection in 1970, and his work was a large part of what was a league-leading offense in 1965 and 1970.