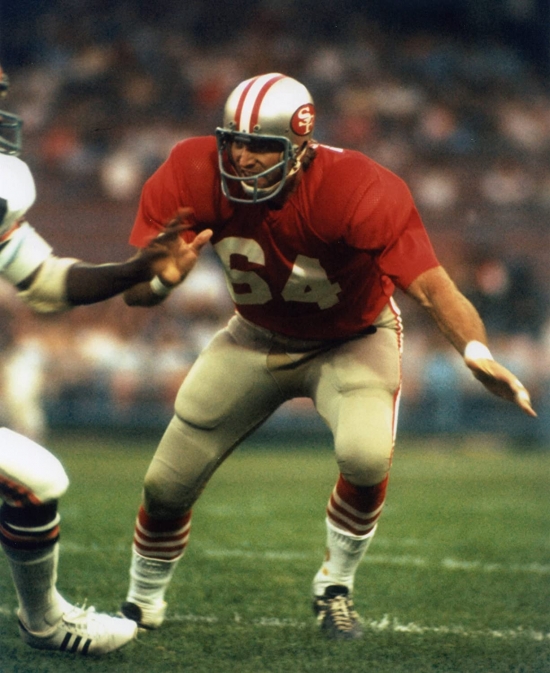 Drafted from the University of Oregon in the Third Round in 1964, Dave Wilcox won the Left Linebacker role during his rookie season, and he would hold on to it until he retired after the 1974 Season.

Wilcox went to his first Pro Bowl in 1966 and would begin a six-year streak of that honor in 1968.  Twice a First Team All-Pro, Wilcox used his freakish strength to repel blockers and get to his intended target.  Wilcox was a devastating tackler and had good hands, as shown by his 14 career Interceptions.

Wilcox was enshrined into the Pro Football Hall of Fame in 2000, and the 49ers Hall of Fame as part of the first class in 2009.