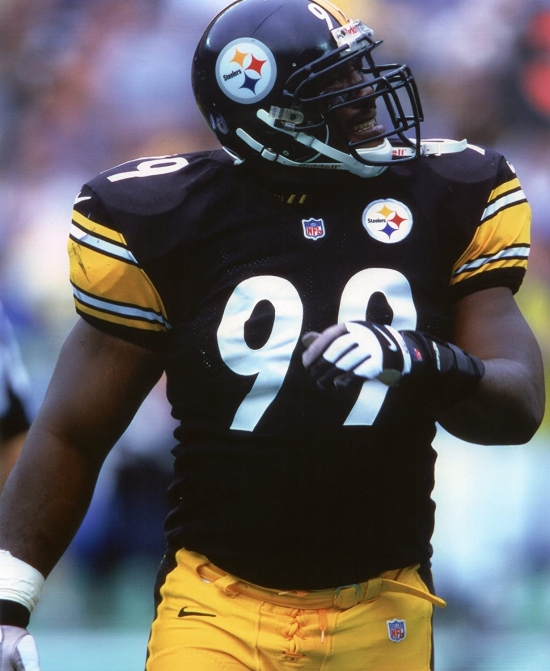 Levon Kirkland played in all 16 Games in his 1992 rookie season, but he was mostly in Special Teams.  In his second year in the National Football League, he became a starter at Left Inside Linebacker for the Pittsburgh Steelers, and he held that job until he was surprisingly waived in 2000.

Kirkland protected the interior, netting six seasons of 100-plus Combined Tackles, with a career-high 126 in 1997.  That year, Kirkland was a First Team All-Pro, and it was also his second straight Pro Bowl Selection.  From 1996 to 2000, Kirkland cracked double-digits in Approximate Value.