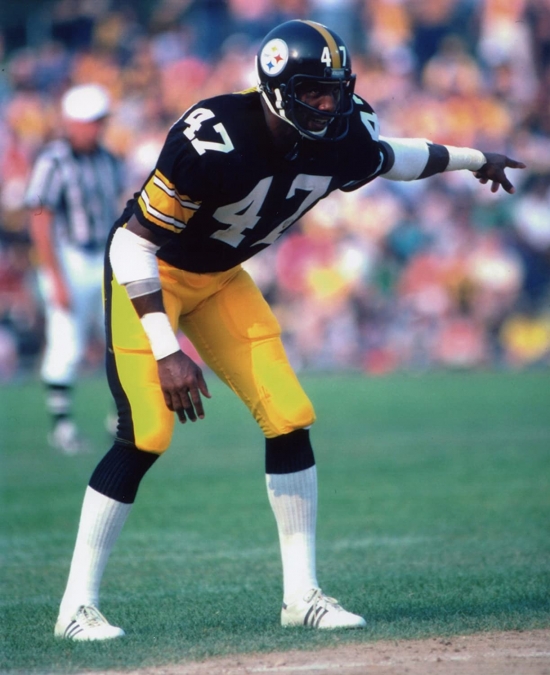 If you got past the Steel Curtain, you were not that lucky.  You had Mel Blount to contend with.

Blount played the entirety of his pro career with the Steelers (1970-83), and by the middle of the 70s, he had established himself as one of the premier Cornerbacks in the NFL.  A member of all four of their 70s Super Bowl teams, Blount led the league in Interceptions in 1975 (11) and secured 57 over his career, which is tops among all Steelers.

Blount used his size and strength to overpower receivers.  He did it so well that the five-yard no bump and run rule was put in place for how he impeded his opponents regularly.  Blount remained a dominant Cornerback regardless of the rule change, and he overall was a five-time Pro Bowl and two-time First Team All-Pro, and notably was the AP Defensive Player of the Year in '75.

Blount entered the Pro Football Hall of Fame in 1989, and he was also chosen for the 75thand 100thNFL Anniversary Team.  When the Steelers put together their Hall of Honor in 2017, Blount was in the inaugural Class.