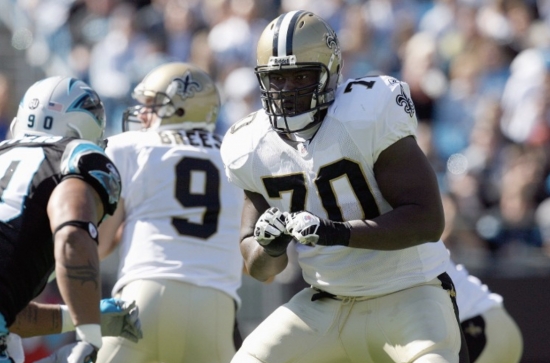 A First Round Pick from Oklahoma, Jammal Brown was an All-Rookie in 2005, but he quickly established himself afterward as one of the premier Left Tackles in the game.

Brown was a Pro Bowl and First Team All-Pro in 2006 and posted a stellar Approximate Value of 15 that season.   The former Sooner was again a Pro Bowl choice in 2008, but that year would see the end of Brown's run as a New Orleans Saint.

Brown missed out on the entire Super Bowl winning 2009 season due to a torn ACL, and with the emergence of Jermon Bushrod, Brown was traded to the Redskins.

The run of Jammal Brown was brief, but it should not be forgotten just how good he was when he played in the Bayou.