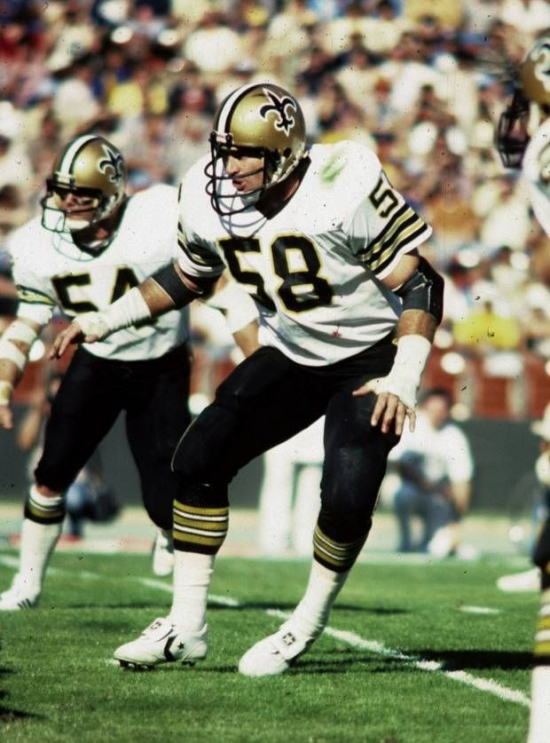 Joe Federspiel was with the New Orleans Saints for all but his final year (he was with the Baltimore Colts), where he played his entire career (1972-80).

Federspiel played at Middle Linebacker for the Saints in 130 Games, starting in 125 of them.  While the former Kentucky Wildcat was not a superstar, he was a solid presence in the interior.  Tackles were not an official statistic at the time, he had his share of them and gave the team stability in what were predominantly poor Saints teams.