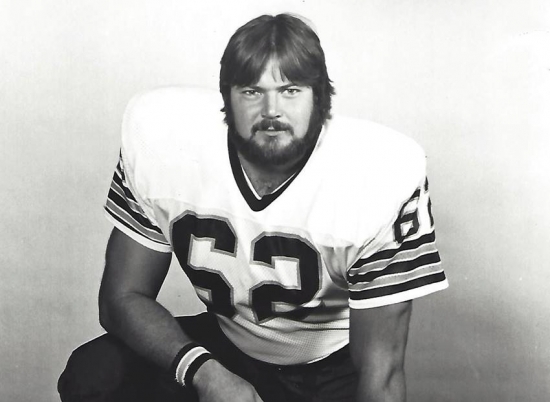 John Hill was a New York Giant for the first three years of his career, but he joined the New Orleans Saints in 1975, and that would be the team he played for over the next ten seasons.

Hill spent time between Center and Left Tackle in his first year with the Saints, but for the rest of his nine years in the Bayou, he was positioned at Center.  Hill’s work helped his Quarterback, Archie Manning, win the NFC Offensive Player of the Year in 1978, and opening up holes for Running Backs like Chuck Muncie.