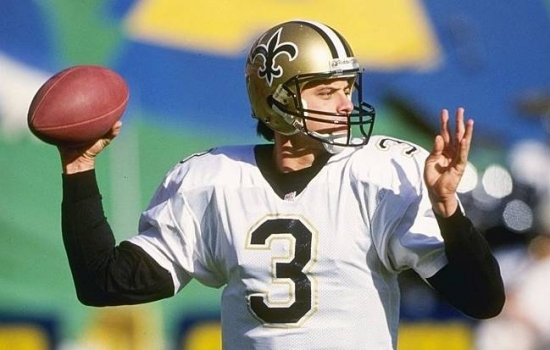 You were born to play for the New Orleans Saints when you have a name like Bobby Hebert, and you come from a town called Cut Off in the state of Louisiana.

Hebert was undrafted out of Northwestern State, but he found a spot with the Michigan Stars of the USFL.  Hebert did well, taking Michigan to a USFL Championship and was Championship Game MVP.  Hebert played another year with Michigan and one more with the Oakland Invaders, and at the time of the USFL's folding, he was the all-time Passing Leader.

The Louisiana native then signed with the Falcons, where he played for four more years before retiring.  Hebert would overall throw for 14,630 Yards and 85 Touchdowns.