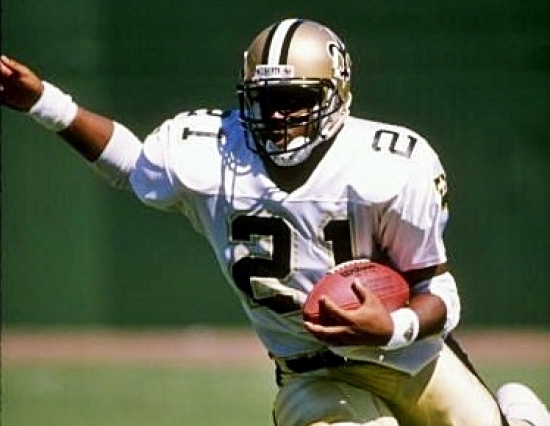 How fitting was it that Dalton Hilliard spent his entire professional career with the New Orleans Saints?

Hilliard was from Patterson, Louisiana, and played at LSU, where he was an All-SEC Selection three times.  Hilliard's home state Saints took him early in the Second Round, and he played eight years there (1986-89), showing a multi-faceted game. His best year was in 1989, where he was fifth in the NFL in Rushing Yards (1,262), second in Yards from Scrimmage (1,776), and was first in Touchdowns (18).  Hilliard was rewarded with a Pro Bowl and Second Team All-Pro Selection.

Hilliard never came close to a year like that again, but he had 6,923 All-Purpose Yards and 53 Touchdowns.