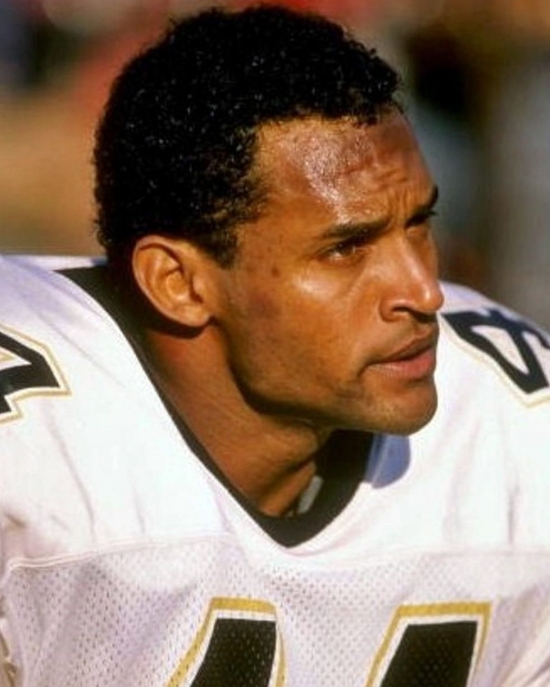 From Notre Dame, Dave Waymer played the entire decade of the 1980s with the New Orleans Saints, who took the Defensive Back with their Second Round Pick.

Waymer became a starting Cornerback, working on the left side, which he worked until 1988.  His best year was 1987 when he was a Pro Bowl and Second Team All-Pro, and he had a personal best 13 in Approximate Value.  The year before was a career-high in Interceptions with nine.  In 1989, which would be his last year as a Saint, he played at Free Safety.

Waymer signed with San Francisco in 1990 and joined the L.A. Raiders in 1992.  He likely would have kept playing but he died from a heart attack in the offseason brought on by his cocaine use.  With the Saints, Waymer had 37 Interceptions.