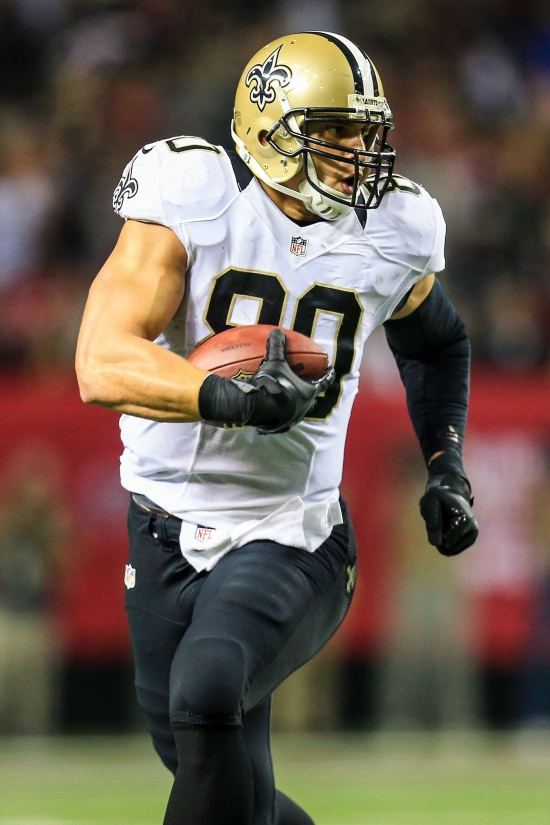 Jimmy Graham began his NFL career backing up Jeremy Shockey, but that would not last long as the former Miami Hurricane was there to become the most prolific Tight End in franchise history.

Graham was the featured Tight End in his second year (2011), but he was more than just a Tight End, as he became one of the team's go-to receivers. Graham accumulated 1,310 Yards and 11 Touchdowns in 2011, and he went to his first Pro Bowl.  Graham was close to 1,000 Yards in 2012 with 982, but he had 1,215 Yards with a monstrous 16 Touchdowns, which led the league.  For those efforts, Graham was a First Team All-Pro and was a Pro Bowler again.  2014 was another Pro Bowl year for the Tight End, but that was his last one with the fleur de lis helmet, as he was surprisingly traded to the Seattle Seahawks the following March.