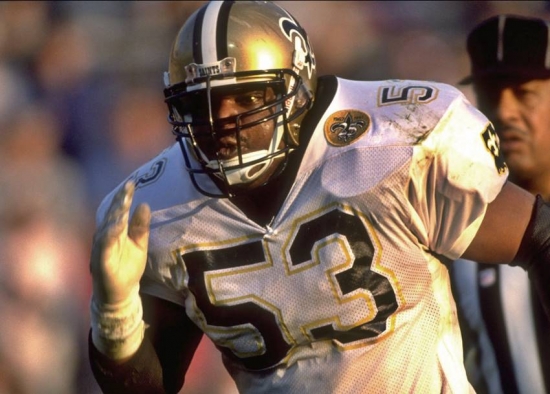 Vaughan Johnson was like Sam Mills; in that, he was in the USFL first before latching on with the New Orleans Saints in 1986.

Johnson did not start in his first year in the NFL, but in his second, he was a valued member of New Orleans' "Dome Patrol," along with Rickey Jackson, Mills, and Pat Swilling.  Johnson played at Right Inside Linebacker, controlling the interior, and going to four straight Pro Bowls (1989-92) along the way.  In three separate seasons, Johnson would reach 100 Tackles.  Notably, he was also a Second Team All-Pro in 1989.

He left the Saints for one final year in the NFL with the Philadelphia Eagles.  With New Orleans, Johnson had 12 Sacks and 664 Tackles.