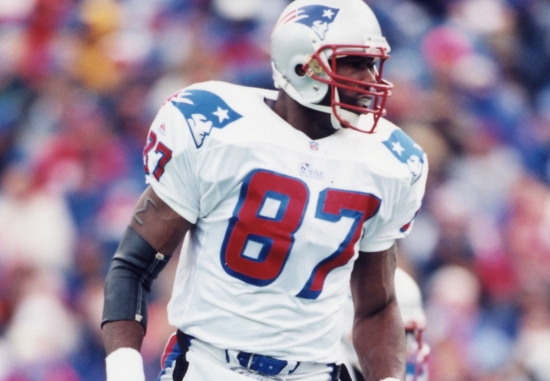 Livingstone College doesn't produce a lot of top-flight athletes, but when one dominates as Ben Coates did, regardless of the competition, NFL teams are going to notice.

The New England Patriots were one of those teams, and they landed him in the Fifth Round of the 1991 Draft.  After obtaining only 30 catches in his first two seasons, his fortunes changed with the arrival of Coach, Bill Parcells, and Quarterback, Drew Bledsoe, and he was incorporated as a more significant part of the Patriots offense.

Coates declined in 1999 and was released after the season.  He had one final year in football with the Baltimore Ravens, winning Super Bowl XXXV.

Coates was named to the 1990s All-Decade Team, and in 2005, he entered the Patriots Hall of Fame.