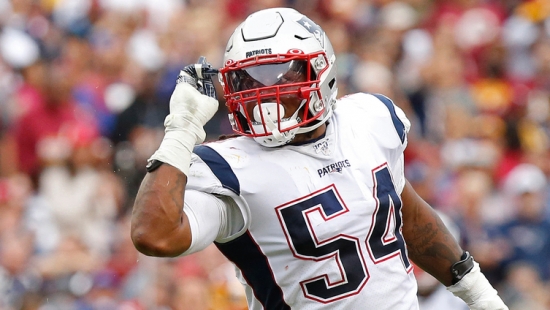 When you play for a two-time National Champion in college like Don’t’a Hightower did at Alabama, how sweet is it to get drafted to another power like the New England Patriots?

Hightower was the 28thOverall Pick in 2012, and the All-American won the starting strongside Linebacker in training camp for Bill Belichick.  Hightower became a dependable part of the New England defense, later moving to the weak side, but always excellent in his role.

A large part of the Patriots' success in the 2010s, Hightower helped New England win three Super Bowls, and he collected two Pro Bowls along the way.

Hightower is still with the Pats at this time, and he could climb this list if he builds on his past success.