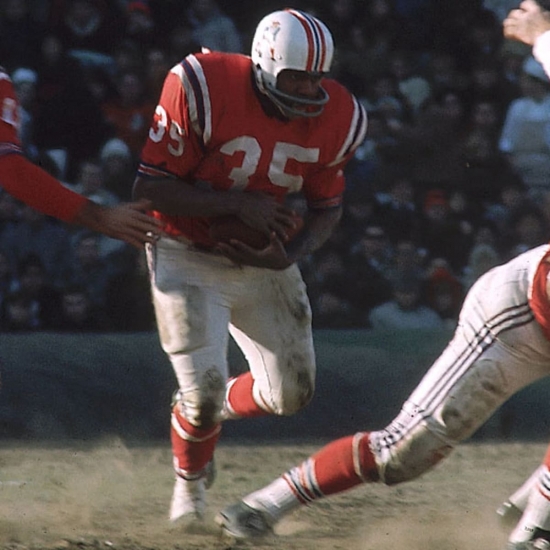 It took until the 19thRound in 1965 before the Boston Patriots before Jim Nance was drafted, and the former two-sport star at Syracuse had to have a chip on his shoulder considering his collegiate accomplishments.

Nance only had 404 Yards From Scrimmage as a rookie, but he exploded the following year with a league-leading 1,4578 Rushing Yards and 11 Rushing Touchdowns.  He also was first that year in YFS and All-Purpose Yards (1,561), and he won both the AP and UPI MVP.  Nance won the Rushing Title again in 1967 (1,216), but he never had more than 750 Rushing Yards over the next four seasons.

Nance retired after the 1971 season thought he would return for one year in 1973 for the New York Jets.  Nance had 6,167 All-Purpose Yards with 46 TDs as a Patriot. He would enter the Patriots Hall of Fame in 2009.