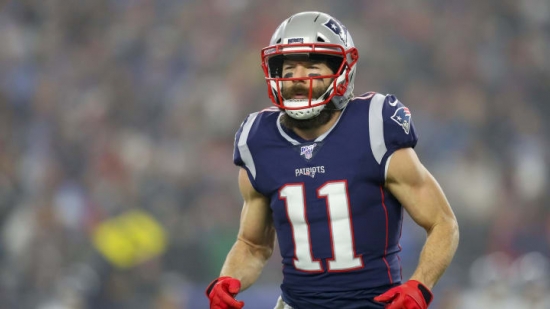 One of the most debated careers in recent memory is Julian Edelman.  Edelman was never been a Pro Bowl Selection but has had multiple articles praising him as a potential Hall of Famer.

Edelman was a great find by the Patriots, who used a Seventh Round Pick to select the Wide Receiver from Kent State.  In his first few seasons, Edelman's most considerable contributions were as a returner, mostly via the punt.  Edelman garnered more time at Wide Receiver as time went on, he was one of Quarterback, Tom Brady's primary weapons.  He had his first 1,000-Yard plus year in 2013, and hit that target again in 2016 and 2019.  He might have had another one in 2017, but he completely missed the year due to a torn ACL.

Where the case for Edelman's greatness comes is in the playoffs, where he has 2,049 All-Purpose Yards, and his 1,442 Receiving Yards places him second all-time.  Edelman had three Super Bowl Rings and has been great in all three of those championships, even earning MVP honors in Super Bowl LIII.

Edelman finished his career with the Patriots, retiring after an injury-plagued 2020 season.  He would have 6,822 Yards and 36 Touchdowns over his career, and will be one of the most recognized players in Patriots history in perpetuity.