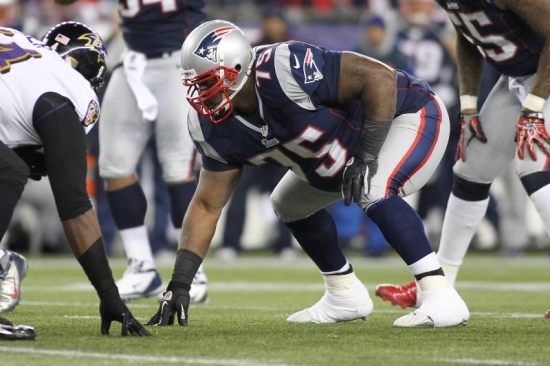 Vince Wilfork was a champion at the University of Miami in 2001, and it would not be long before he achieved that on the professional level.

Drafted by the New England Patriots with their 21stOverall Pick in 2004, Wilfork was not a starter as a rookie, but he saw regular action and would help the Pats win Super Bowl XXXIX.  He became a starter in 2005 and would remain a starting Nose Tackle and Defensive Tackle from this season until he left the team as a Free Agent to go to Houston in 2014.  The gargantuan 325-pound Wilfork was challenging to move, and as he gained NFL experience, he emerged as one of the best players in his position.

Wilfork would be named to his first Pro Bowl in 2007, and he would secure four more Pro Bowl honors consecutively from 2008 to 2012, with the last season seeing him add a First Team All-Pro accolade.  In his final season with New England, he helped them win another Super Bowl.

As a Patriot, Wilfork would have 16 Sacks and 517 Tackles.