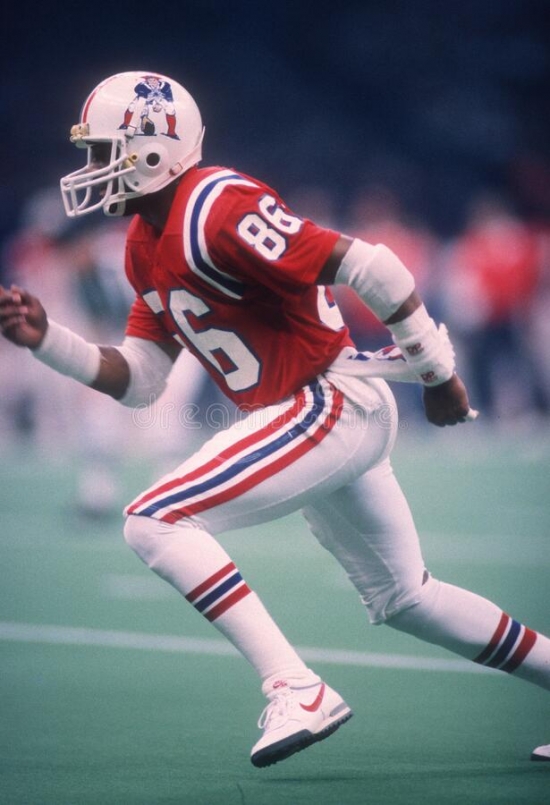 Stanley Morgan was a stud offensive skill player at the University of Tennessee, where he was used mostly as a rusher.  The New England Patriots knew they had something special in Morgan when they used the 25thOverall Pick in 1977 to land him, but they found that he would be better served as a Wide Receiver.

The ”Stanley Steamer” played 13 of his 14 years in the NFL with the Pats, and after a modest rookie season, he would prove to be in that second tier or close to it among Wide Receivers for a decade.  Morgan would go to four Pro Bowls, with three 1,000 plus seasons in Receiving Yards.  His strength was his big-play ability, as he averaged more than 20 Yards per Reception in his first six seasons, finishing first in that stat three years in a row (1979-81), and in '79 he was first in Receiving Touchdowns (12).

As a Patriot, Morgan had 10,352 Receiving Yards with 67 Touchdowns, and he would have another 989 Return Yards.  He was chosen for the Patriots Hall of Fame in 2007.