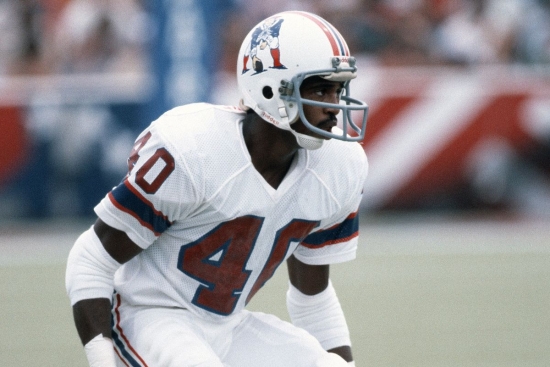 Mike Haynes played the first seven of his fourteen-year career with the New England Patriots, and he was a Pro Bowl Selection in six of them.

Drafted fifth overall in 1976 from Arizona State, Haynes shot out like a cannon winning the Defensive Rookie of the Year and securing that first Pro Bowl.  Also used as Punt Returner in his first two years, Haynes developed into a bona fide ballhawk on the pro level, securing 28 of his career 46 Interceptions as a Patriot.

Haynes, who was set to become a Free Agent, held out.  This action forced the Patriots to trade him to the Los Angeles Raiders in October of 1983, but the trade was voided by the league, who cited that it needed to occur before the October 11 trade deadline. All of this resulted in a lawsuit, and a month later, the Defensive Back was L.A. bound, and he helped them win a Super Bowl that year.