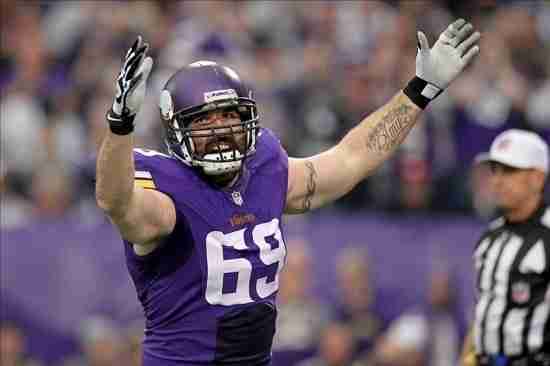 Arguably, Jared Allen would be in the top five if this ranking was based on popularity, though we have to wonder of that glorious mullet he once sported moved him up a couple of spots.


Traded from the Kansas City Chiefs after his debut on the First Team All-Pro roster, Allen would rattle off four more in his six seasons with the Vikings.  His zenith was in 2011 where he would win the NFL Defensive Player of the Year and recorded 21 Quarterback Sacks.  Allen is a member of the 100 Sack Club (136 in total), 85.5 of which were accomplished while wearing purple.

Oh, and don’t you love how when he retired he literally rode off into the sunset?  Great use of social media!