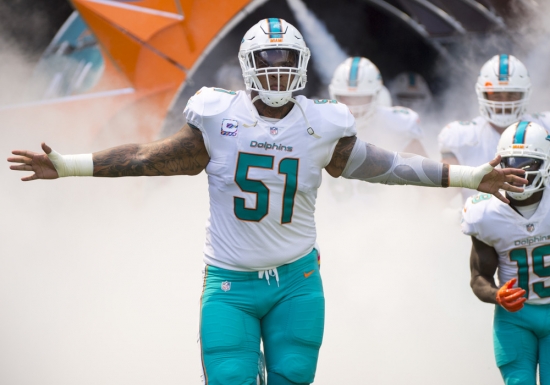 The twin brother of Maurkice Pouncey was also an NFL Center, and while he did not become an All-Decade team member, he was a very good player in his own right.

Pouncey was a First Round Pick (15thOverall) in 2011 and was an All-Rookie Selection.  The Center would go to three consecutive Pro Bowls (2013-15) with the Dolphins, and he was a stable presence on their O-Line.  He sought a release after the 2017 season, and received one, leading to Pouncey signing with the Los Angeles Chargers.

As a Dolphin, Pouncey started all 93 of his Games with the team.