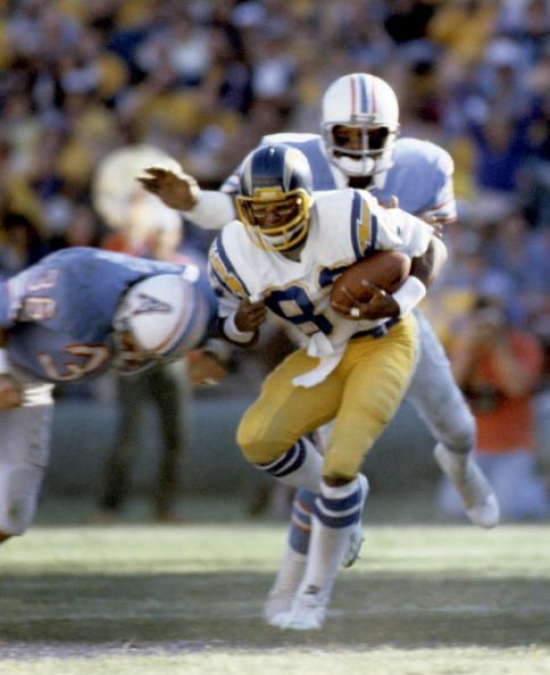 One of the forgotten weapons of Don “Air” Coryell’s offense was John Jefferson, who was San Diego’s 1stRound Pick (14thOverall) in 1978.

Jefferson felt underpaid, and when the Chargers refused to renegotiate his contract, Jefferson, in turn, refused to play for San Diego.  Jefferson was dealt to Green Bay in September of 1981.  Jefferson was only a Charger for three seasons, but it was far and away the best run of his career.  He would accumulate 3,431 Yards and 36 Touchdowns.