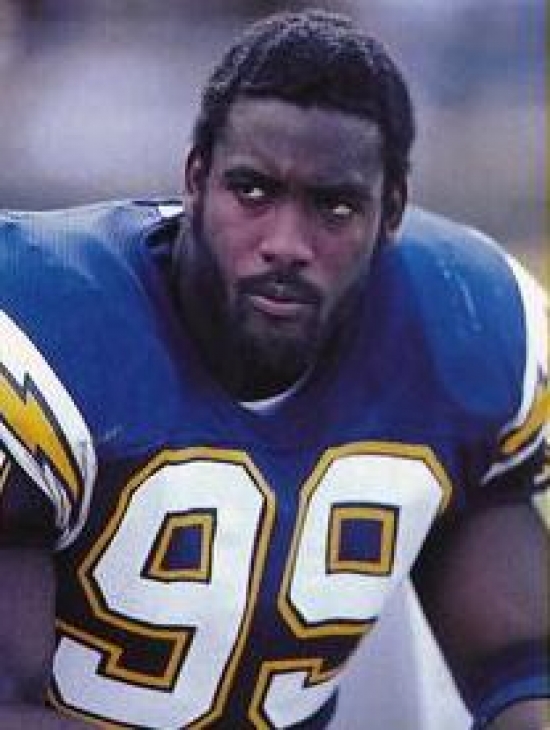 From Bethune-Cookman, Lee Williams played in the USFL for the L.A. Express before traveling south to San Diego, who chose him in the 1984 Supplemental Draft.

Williams played in eight games as an NFL rookie, and he won the starting Left Defensive End job the following season.  Williams became a very good pass-rusher on the NFL level, recording three 11-plus Sacks seasons as a Charger.  In 1988 and 1989, Williams was a Pro Bowl Selection, with the latter year landing him a Second Team All-Pro nod.

The Defensive End joined the Houston Oilers in 1991.  Williams had 65.5 Sacks as a Charger.