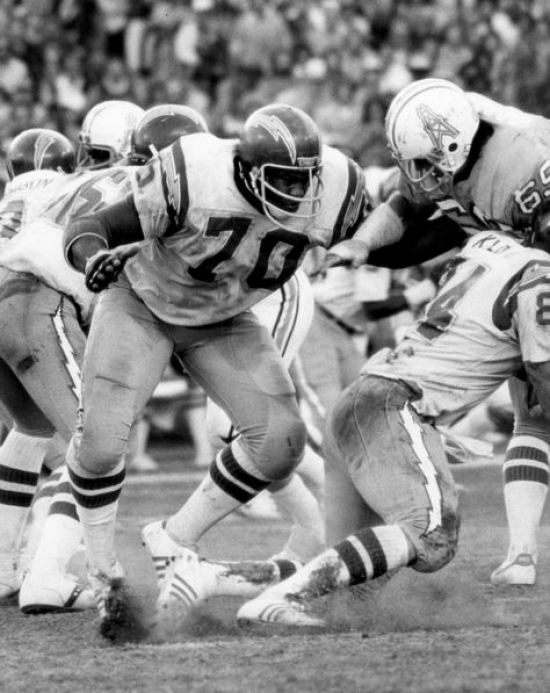 A former Defensive Player of the Year at Mizzou, Russ Washington parlayed that into the Fourth Overall Pick of the 1968 Draft.

Washington played mostly at Defensive Tackle for his first two seasons but was moved to Right Tackle in his third year on.  This was the position that suited Washington much better, and he went on to provide good protection for his Quarterbacks and was a five-time Pro Bowler along the way.  He was given the nickname of Mt. Washington for his size and the inability of opponents to move him.

Washington played his entire career with San Diego, and he would start 196 of his 200 Games played.  In 1995, he was enshrined in the Chargers Hall of Fame.