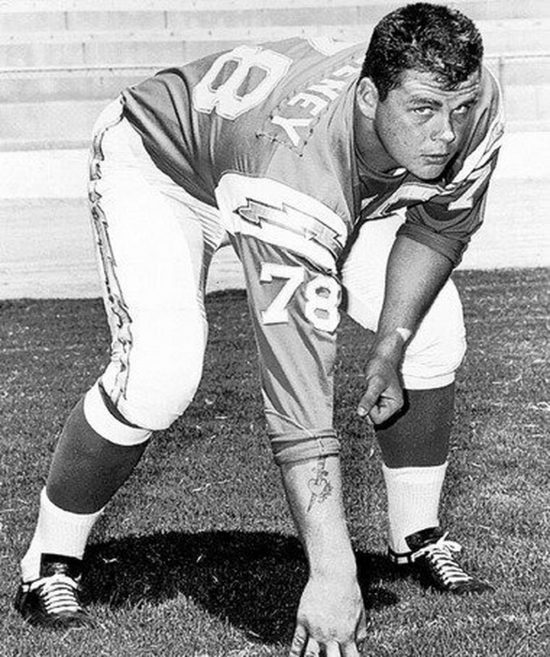 The large man was a self-professed hard drinker and professed by everyone else a hard hitter.  Winning an AFL Championship in his rookie season, Sweeney settled in as the Chargers' starting Right Guard and was named an AFL All-Star, an honor he repeated until 1969.  In 1970, when the leagues no longer had any division, he was named to the Pro Bowl and was again the next two years.  Sweeney was also named a First Team All-Pro twice (1967 & 1968).  He left the Chargers for the Washington Redskins for two final years in 1974.

As great as Sweeney was, he might be best known for his lawsuit against the NFL for his addiction to drugs and pain killers. As for the Chargers, they inducted him in their Hall of Fame in 1981.