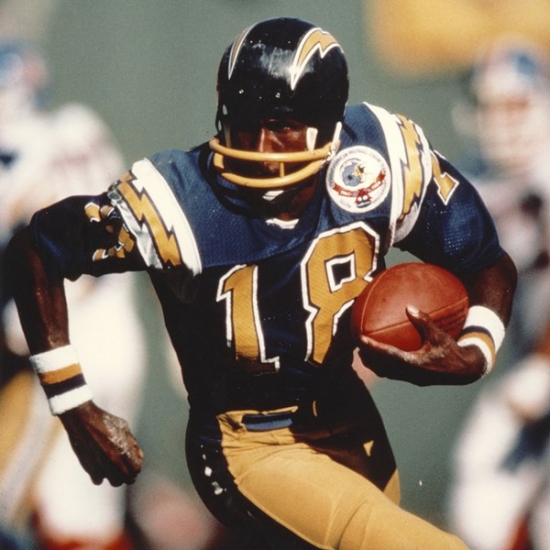 Charlie Joiner made his pro football debut in 1969 with the Houston Oilers, and he was traded to the Cincinnati Bengals in 1972, where he stayed until he was dealt to San Diego after the 1975 season.  Joiner was 28 at the time of the trade, and the Wide Receiver had accumulated 2,943 Yards.  That wasn't bad, but it would pale to what was to become.

In San Diego, Joiner had Don “Air” Coryell as his Head Coach, where he had a perfect weapon for the offense he was creating. Coryell and his Quarterback, Dan Fouts, threw more than the other clubs, and Joiner was able to reap in the benefits.

With the Chargers, Joiner had three Pro Bowls, and he would have four 1,000 Yard Receiving seasons.  The Wide Receiver would appear to be ageless, and as his greatest skill was not speed, but route running, the cerebral player was able to play until he was 39.  Joiner rarely made mistakes, and the fact that he had nearly 10,000 Yards in his Chargers career, is a testament to his overall durability, ability, and intelligence.