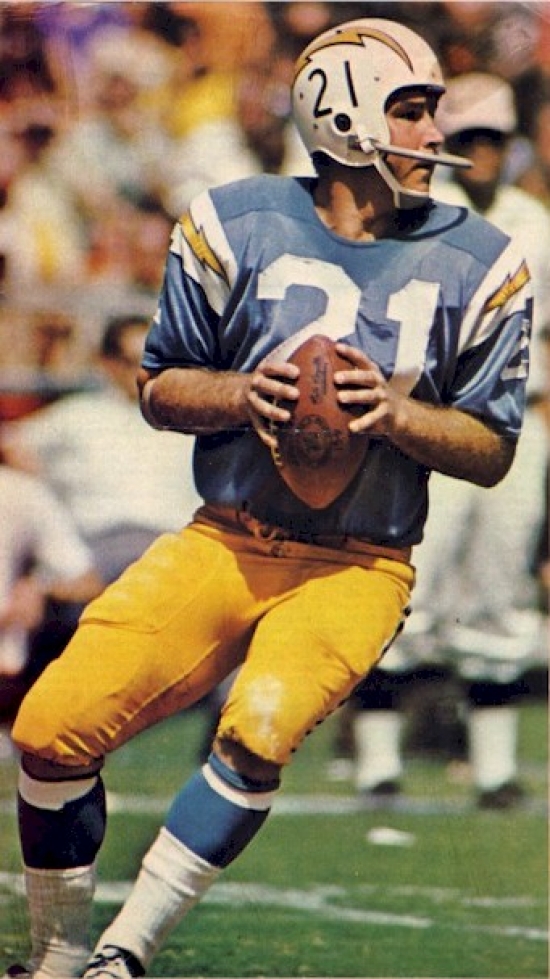 After signing with the San Diego Chargers in 1962 (instead of the Detroit Lions of the NFL), John Hadl shared Quarterback duties with Tobin Rote, where he backed him up as the Chargers won the 1963 AFL Championship.

Hadl was traded to the Los Angeles Rams after that year, and as a Charger, he threw for 26,938 Yards and 201 Touchdowns against 211 Interceptions.  In 1983, Hadl was inducted into the Chargers Hall of Fame.