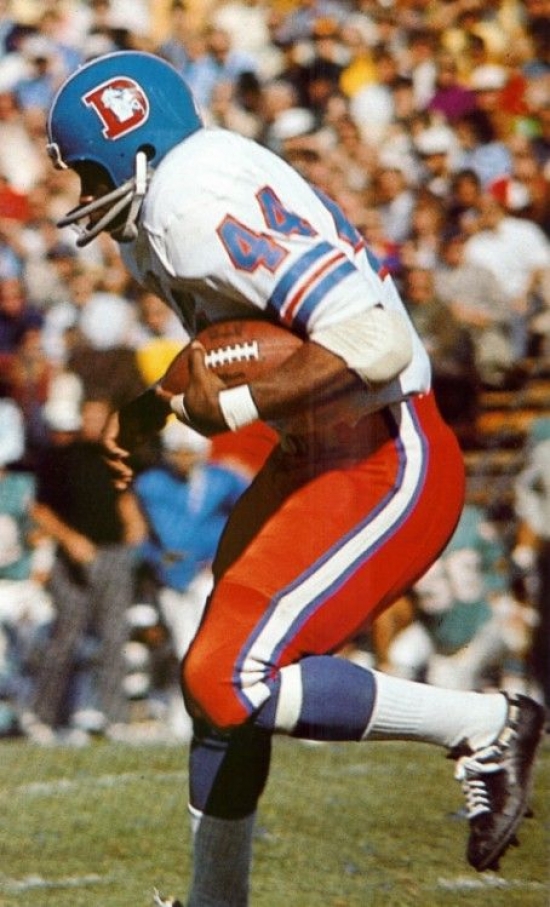 The Denver Broncos might be one of the premier franchises in the National Football League now, but in their early years, they were not very good and had very little reason to sell tickets.  One of the few good things they had was Floyd Little, their first Round Running Back from 1967.

Little was a running machine wherein limited duty from the Line of Scrimmage he was a high-end returner who would lead the NFL in All-Purpose Yards in both 1967 and 1968.  He would be named a Pro Bowl five times, with a four-year streak from 1968 to 1971 and it was that last year where he would win the Rushing Title.  He also would finish first in 1973 in Rushing Touchdowns, which was also his last Pro Bowl appearance.

Little would be chosen for the Pro Football Hall of Fame in 2010.