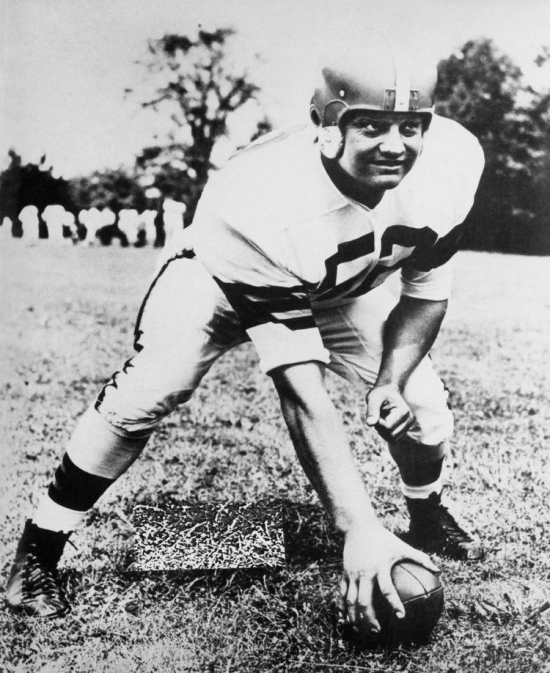 Paul Brown knew that Otto Graham would be the player he built his team around and quickly adopt Marion Motley as another offensive stud.  The man who helped stir that drink was an unexpected player named Frank Gatski.

Gatski played college football at Marshall and then enrolled in the American military during World War II.  Following the war, Gatski tried out and made the Browns in their inaugural season of the AAFC.  Gatski, or "Gunner" as he was known, opened the holes for Motley and expertly protected Graham for years.  Easily the best Center in the AAFC, he helped Cleveland win all four Championships and proved his worth in the NFL as the Browns won the NFL Championship in their first year after the NFL-AAFC merger.

Gatski, who was so good, that he never botched a snap over his entire career, helped the Browns win the 1954 and 1955 Championship, and in his last year in the NFL, 1957, he was with Detroit and won an eighth title.  The Browns inducted Gatski to their Ring of Honor as part of the inaugural group in 2010.