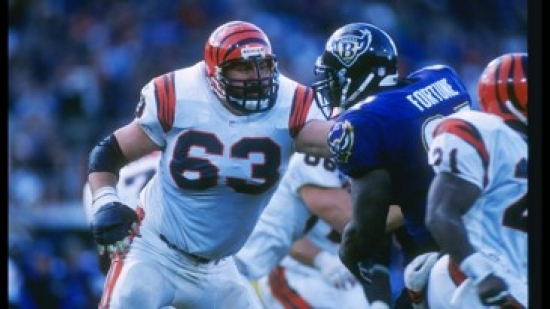 After being drafted in the Seventh Round in 1985, Texas Tech Offensive Lineman, Joe Walter, would prove to be an excellent value for the Cincinnati Bengals.

Walter played all 13 of his NFL seasons with the Bengals, where he played at Right Tackle, starting in 136 of his 166 Games in the orange stripes.  The former Red Raider was a starter from 1986 to 1996, helping Cincinnati reach the Super Bowl in 1988, the same year where he had his only double-digit Approximate Value year.