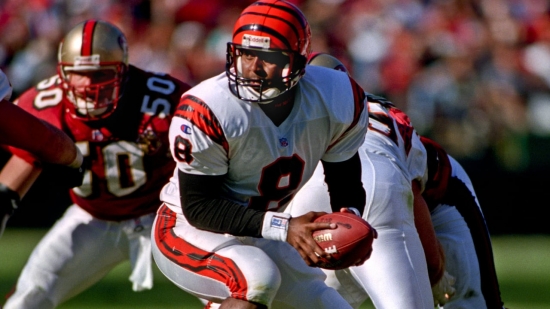 Jeff Blake was a backup Quarterback for the New York Jets in his first two seasons in the NFL, but the sixth-place Heisman finisher saw little action.  That changed when he signed with Cincinnati and would win the starting job in 1994.

Blake played in ten Games in 1994 and led the league in Yards per Completion (13.8).  The QB wasn't able to take the Bengals to the playoffs, but he did help bring them to respectability and was a Pro Bowl Selection in 1995 when he posted career-bests in Passing Yards (3,822) and Touchdowns (28).  He played three more years for Cincy but was never as good as he was in 1995.