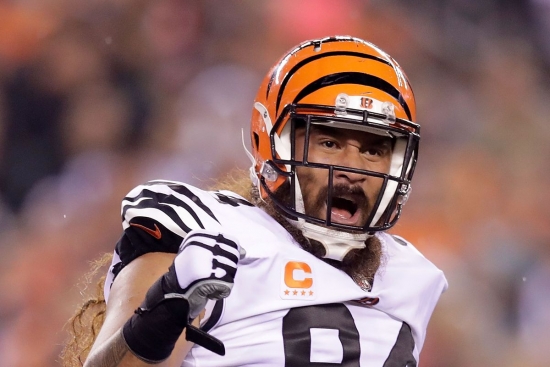 Domata Peko was one of the many good football players to come out of Samoa, and after playing his college ball at Michigan State, Peko was taken in the Fourth Round in 2006 by the Cincinnati Bengals.

After being used as a backup and special teamer as a rookie, Peko became the starting Left Defensive Tackle in his second year. Peko held this role from 2007 to 2016, and though he was not a Pro Bowler, he was more than capable in his position, recording 517 Combined Tackles and 18.5 Sacks as a Bengal.

Peko left the Bengals when he signed with the Denver Broncos in 2017.