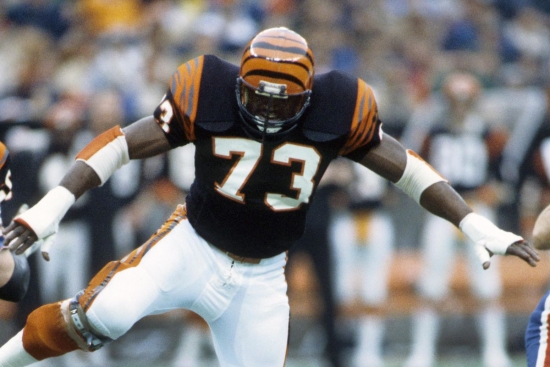 Eddie Edwards was a beast at the University of Miami, where some considered him the best player on the team.  The Cincinnati Bengals believed that, and they chose him with their Third Overall Pick in 1977.

Was Edwards worth that high a pick?  In terms of tenure, he was.  Edwards played his entire career with Cincinnati (1977-88), where he was an All-Rookie at Defensive Tackle.  This was the position he played for his first three seasons before he was shifted to Defensive End, where he was slotted for the rest of his career.

Edwards was never a Pro Bowler but was at one time was the Bengals all-time leader in Sacks with 47.5.  That was his official number, as with Sacks becoming an official stat in 1982, he is not credited with the 83.5 he actually had.