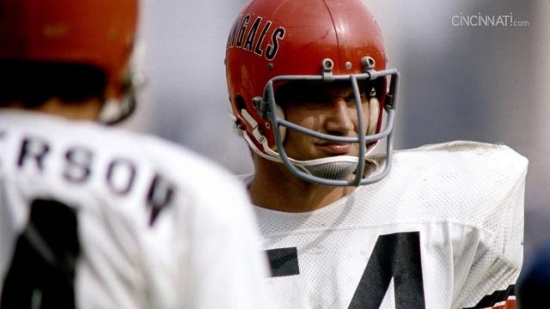 Bob Trumpy was a Twelfth Round Pick from Utah, and for anyone drafted that low to have a pro career that lasted twelve seasons is nothing short of incredible.

Trumpy played all 12 of those years (1968-77) with Cincinnati, where he predominantly played at Tight End.  Considering his draft spot (301st), it was an accomplishment just to make the Bengals roster, but he didn’t just take a spot, as he made the Pro Bowl as a rookie with 639 Yards.  Trumpy made the Pro Bowl the next two years, including a First Team All-Pro as a sophomore.  The Tight End secured a fourth Pro Bowl in 1973.

He would accrue an even 4,600 Yards with 35 Touchdowns over his career.