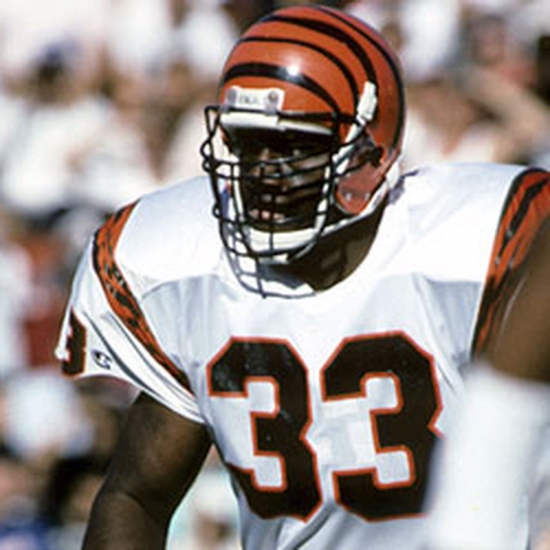 David Fulcher made the All-Rookie Team after the Cincinnati Bengals took him with their Third Round Pick in 1986.

Fulcher was instantly the team's starting Strong Safety, and in 1988, he was a Pro Bowl and Second Team All-Pro, while also helping to take the Bengals to their second Super Bowl appearance.  Cincinnati lost, but Fulcher emerged as a top Defensive Back and was a First Team All-Pro in 1989 with eight Interceptions and an Approximate Value of 16.  Fulcher was a Pro Bowler for a third consecutive year in 1990.

Fulcher left the Bengals as a Free Agent for the Los Angeles Raiders in 1993, but he only played three more Games left in him. As a Bengal, Fulcher had 31 Interceptions over his seven seasons in Southern Ohio.