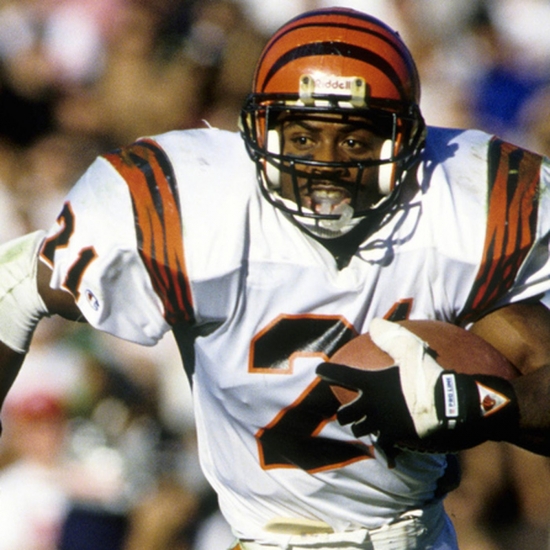 Brooks shared the load in 1984 with Larry Kinnebrew, and he likely wasn't happy at first.  Two years later, he had a breakout season, rushing for 1,087 Yards and leading the NFL in Yards per Attempt.  Brooks was hurt for most of the following season, but he would rebound with three consecutive Pro Bowls, going over 1,000 Rushing Yards in the last two. Brooks helped the Bengals win the AFC in 1988, but they lost the Super Bowl to San Francisco.

The Running Back went into steep decline in 1991 and was traded to Tampa Bay the following season.  Brooks left the Bengals with 9,459 Yards from Scrimmage with 64 Touchdowns.