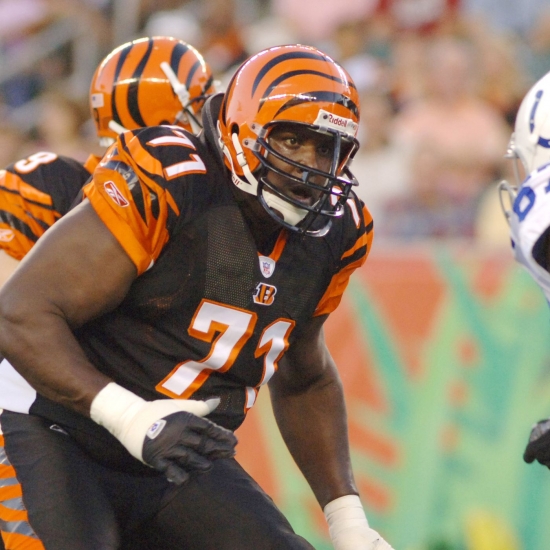 Willie Anderson was one of the most prolific Offensive Lineman in the history of the Cincinnati Bengals. He played his entire pro career with Cincy except for his last year as a Baltimore Raven.

Anderson was a First Round Pick in 1996 (10thOverall) in 1996, and the former Auburn Tiger methodically became a star on the Ohio River.  Anderson played mostly at Right Tackle, and late in his career the Pro Bowl for four straight seasons (1993-96).  Anderson was a First Team All-Pro in 1994 to 1996 and behind Anthony Munoz was one of the greatest Offensive Lineman in franchise history.

Overall, Anderson started 173 Games of his 181 in a Bengals uniform.