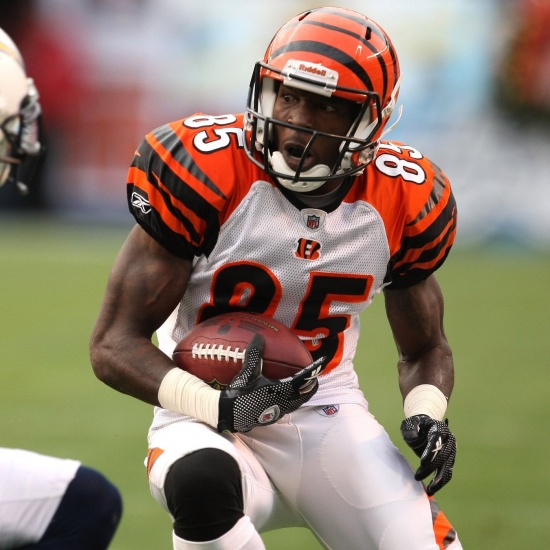 Whether you call him Chad Johnson or Chad OchoCinco, you are talking about one of the greatest offensive weapons in the history of the Cincinnati Bengals.

The Bengals had high hopes for Johnson, and they eased him into regular duty in his rookie season.  Following that, Johnson was one of the most electric players not just in terms of Wide Receivers but all players in the NFL.  Johnson had 1,166 Receiving Yards in 2002, and the season after he was a Pro Bowl Selection with 1,355 Yards and 10 Touchdowns.  The former Oregon State Beaver would hit the four-digit mark in Receiving Yards each year from 2003 to 2007, including leading the NFL in that metric in 2006 (1,369).  In the other years mentioned above, he was in the top six.

Johnson’s flash and cockiness made him a star.  In 2005, his swagger told people about his Defensive Backs list and their evaluation in covering him.  It was bold and arrogant, but he backed it up, and he was one of the most known Wide Receivers of the 2000s.

“OchoCinco” was traded to New England after the 2010 season, and he had over 10,000 Receiving Yards for Cincinnati, a franchise record.