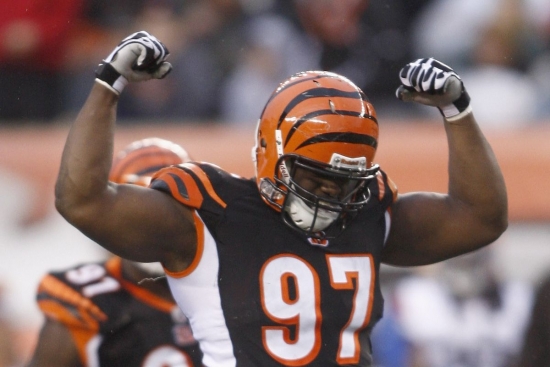 Geno Atkins played the first eleven seasons of his NFL career with the Cincinnati Bengals, where he has been the brightest part of their defense for most of that duration.

Atkins only started one game as a rookie after being drafted from Georgia, and the Fourth Round Pick became the permanent starting Right Defensive Tackle.  That year, Atkins was named to the Pro Bowl and has been eight times overall and was later be a First Team All-Pro.  Atkins has been one of the best pass-rushers over his tenure, securing three 10-sack years and six double-digit years in Approximate Value.  All of his injuries compiled, and after a poor 2020 season, he was released but did so with 75.5 Sacks and 100 Tackles for Loss.

As of this writing, there is no better defensive player in the history of the Bengals, and he isn’t done yet.  There is an excellent chance that he could be the second Bengal to enter the Pro Football Hall of Fame, following Anthony Munoz.

Atkins was named to the 2010s All-Decade Team.