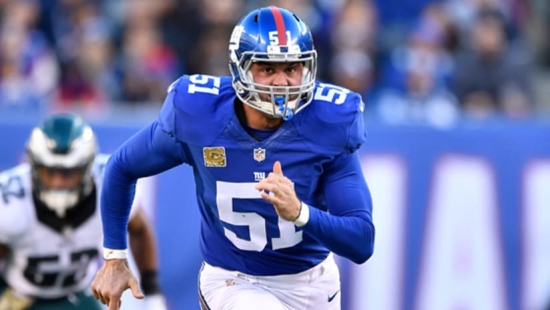 Zak DeOssie was a three-time All-Ivy League player at Brown, where the New York Giants drafted the Linebacker in 2007.

DeOssie would not play that much at Linebacker for the Giants in the 13 years he played there, but he would be a two-time Pro Bowl and two Super Bowl winner as their Long Snapper.  It was a specialized role, but few did it better.

Should Zak DeOssie be in the Hall of Fame?