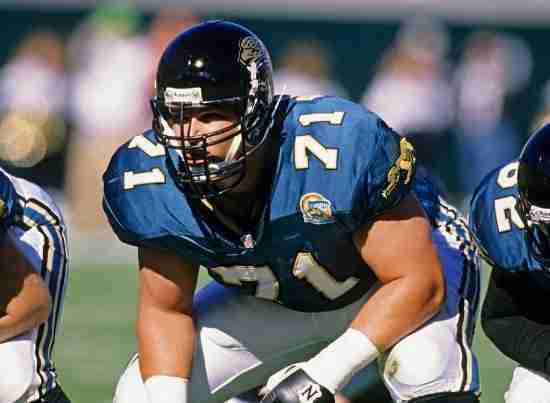 Considered by most people to be the best player in Jacksonville Jaguar history, Left Tackle, Tony Boselli was an exceptionally popular figure in North-Eastern Florida.  A second overall pick and the first-ever pick for the Jags, Boselli was a Pro Bowl Selection five consecutive years with the middle three warranting a First Team All-Pro spot, thus earning him an All-Decade spot and the belief that he was one of the best Offensive Lineman in the NFL at one time.

His career wasn’t long, but it was good enough to earn him Hall of Fame consideration?  Based on the multiple appearances as a Finalist, it looks like it will.

Should Tony Boselli be in the Hall of Fame?

+1 #1 Areyoutyler 2019-07-18 19:50
Tony Boselli was a solid pass blocker, but his career (7 seasons) was a bit too short for the Hall of Fame. If he had never gotten injured and actually played for the Texans (who took him first in their Expansion Draft), David Carr would never have set the record for most sacked QB in a season.
Quote
Refresh comments list
RSS feed for comments to this post