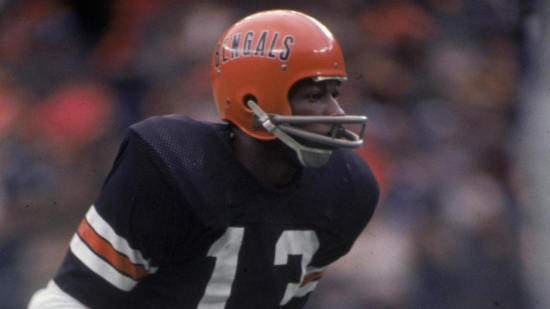 There are many underappreciated players, but you could argue that Ken Riley has taken being snubbed to another level.  We will get there, but let’s look at his overall career first.

Riley played at Quarterback at Florida A&M, but like so many black Quarterbacks back then, the Bengals (who drafted him in the Sixth Round in 1969) converted him to Cornerback.  Regardless of the motivation, you can’t argue with the result, which had Riley record 65 Interceptions over a 15-year career spent entirely in Cincinnati.

Riley's 65 picks are good enough for fourth all-time, and while the Bengals were mostly average or mediocre while he played, he was the most stable performer the team had.  As good as he was, Riley never was chosen for a Pro Bowl, which is a curious omission considering that he was a First Team All-Pro in his last year (1983), and had two Second Team All-Pro Selections in the 1970s.  Riley’s career Approximate Value of 151 is also an astounding number for a player at his position.

Regardless of how he is remembered outside of Cincinnati, the Bengals fans knew how good Riley was and how lucky they were to have him.

Should Ken Riley be in the Hall of Fame?