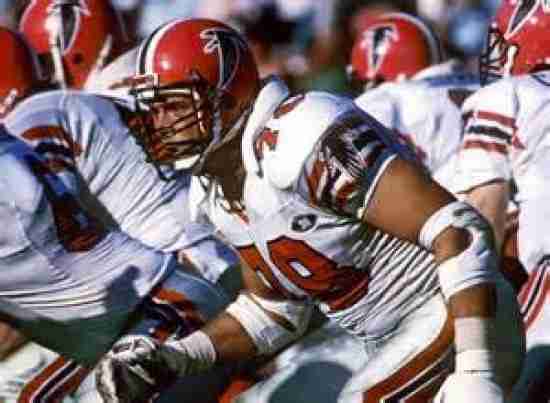 The Atlanta Falcons have had many ups and downs over the years.  With a seventeen-year career playing in the ATL, Mike Kenn has seen it all.


Mike Kenn holds the Falcon record for the most games played and started.  He patrolled the Offensive Line, primarily from the Left Tackle position during his time there and netted himself five consecutive Pro Bowl appearances and a pair of All-Pro Selections.  Kenn’s number 78 was retired in Atlanta.

Kenn was a dominant player, but perhaps not long enough to warrant serious consideration from the Hall.

Should Mike Kenn be in the Hall of Fame?

Should Mike Kenn be in the Hall of Fame?