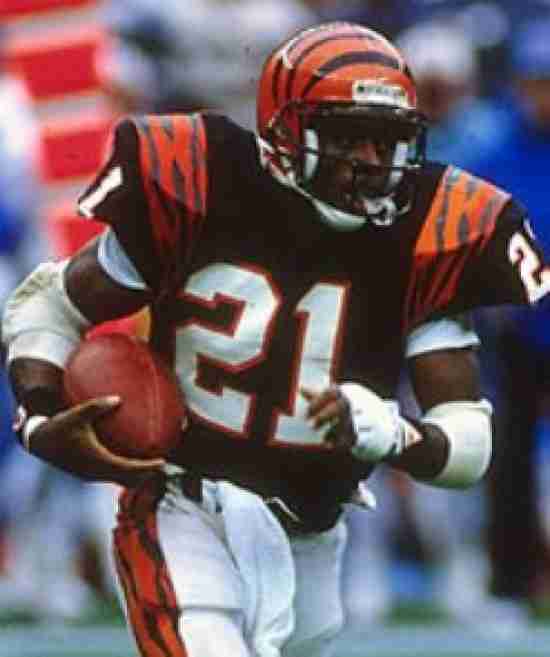 For a time when James Brooks was playing it seemed that you would hear his name being called throughout the entire game.  With his incredible versatility, it stands to reason that teams would use him every way they could.


James Brooks led the league in All-Purpose yards in his first two years in the league.  He excelled at Kick Returns and three times eclipsed the 1,000-yard mark rushing.  He was not the biggest athlete, but he was one of the most elusive runners and was able to use his smaller stature as a positive as opposed to a negative.

Brooks was a great worker, but without an All-Pro Selection on his resume, the Hall likely considers him a really good player, but not necessarily a great one.  Most NFL Running Backs wish that they could have a career that was as good as Brooks.

0 #2 EW 2019-10-10 23:50
He was very good but not a HOFer. He also can't even pay child support.
Quote
-7 #1 steven tate 2013-02-10 00:03
well as long as were sugesting bands that we all know were never famos and realy more underground. heres a few sugestions.
king diamond. ( was on the prmc dirty thirty list)
acid bath ( they were not a band , they were a revolution)
kings x and mortificatio n ( lets have some christian bands n there)
if were it were the big five instead of the big four we'd be talking about testament.
english dogs now thats a metal punk band from the uk that rules.
carcass. ther last two albums were the shit.
benediction great uk death metal band
macabre ever song the do is about a killer
im suprised no one said danzig.
iced earth this is a band of true partiaots
the mars volta (best prog rock ever)
fear factory the band that defines industrial metal , dethklok (they have their own cartoonshow)
helloween thier 1st album was better than metallicas.
manowar ,celtic frost.
anacrusis, vore
Quote
Refresh comments list
RSS feed for comments to this post