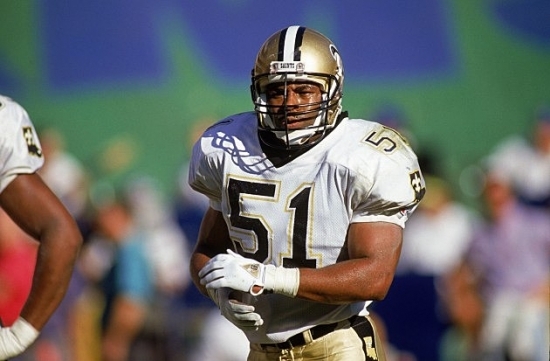 
Sam Mills stood at only five foot nine and went undrafted.  He had to prove himself in the upstart USFL and was an impact player there and was named to the All-Time USFL Team after it folded.  After joining the NFL’s New Orleans Saints, he became part of an elite defensive corps that propelled the Saints into a contender.  Mills was not known for sacks, but he was a ferocious player who was brilliant at run-stuffing and was rewarded with five Pro Bowl appearances.