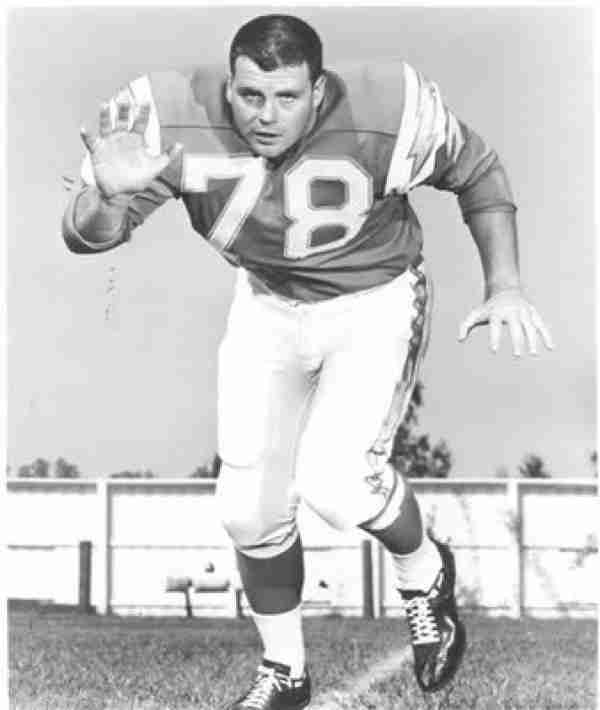 In the upstart American Football League, the San Diego Chargers possessed one of the most dominating Offensive Lines in football.  A big part of that was Walt Sweeney, who patrolled the Right Guard position.
Sweeney was a factor immediately as a pro.  In his sophomore year, Sweeney was an AFL All-Star, and he remained either that or in the Pro Bowl post merger for the next eight years.  He was paired on the right side by future Hall of Famer, Ron Mix, and the two created an unbeatable combination on the right side of the O-Line.

Mix got inducted in 1979, but Sweeney has yet to receive a look.  It is possible that many have thought that Sweeney’s play was aided by having Mix to his right, but as any former teammate of Walt Sweeney would attest that he was a legitimate star in his own right.

Should Walt Sweeney be in the Hall of Fame?

Should Walt Sweeney be in the Hall of Fame?