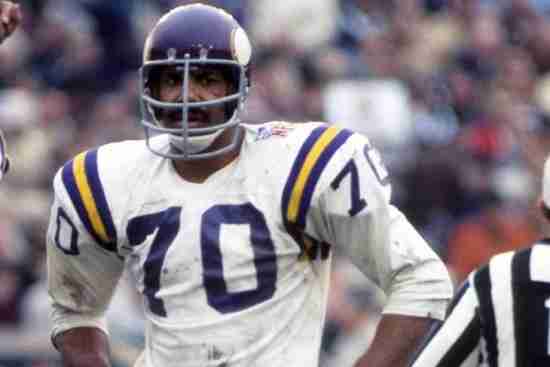 Does longevity mean more than greatness?  We ask this question about Jim Marshall who had a solid twenty-year career but only made the Pro Bowl twice.


Jim Marshall was truly the model of consistency.  For nineteen of his twenty-year career, he patrolled the Minnesota Vikings defense in a time period that seemed to last forever.  Marshall set longevity records by setting the consecutive record for starts by a Defensive End and the most Fumbles recovered.  Although he was not a dominant player, he was very good as the NFL does not allow a player to last twenty years just for charitable reasons.  Marshall recovered 30 fumbles over his career, which is also a record for Defensive Ends.

Again, Jim Marshall was a great player for Minnesota, but without a dominating period, it is difficult to see how Marshall can get into the Hall of Fame.  With only one year as a finalist, it seems that the Hall committee thinks the same, especially considering he was not on the Centennial Slate FInalists.