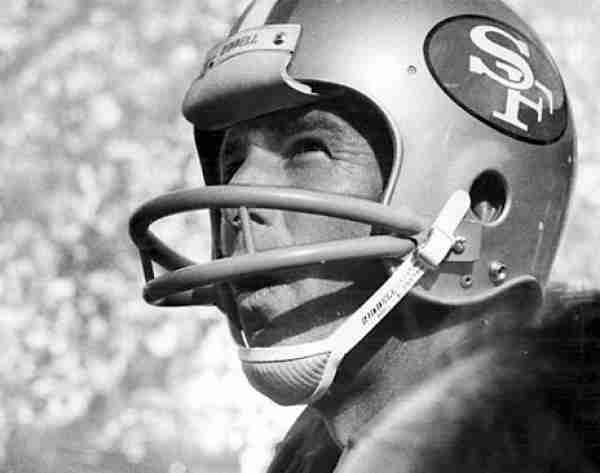 John Brodie was one of the game's early gunslingers and most of the time he had to be.  The 49ers of the 1960s were not a great team, and Brodie was often the main reason his team was competitive. By the time the ’70s rolled around, Brodie had a better team around him and though he was finally playoff bound, the Niners could not get past the Cowboys for three years in a row.  Still, Brodie won the 1970 MVP and was given more respect around the league.


Because he had to take a lot of chances, John Brodie’s interception rate was fairly high and he finished his career with more picks than touchdown passes.  This could be why he has never been a semi-finalist for the Hall and with the San Francisco 49ers reaching great heights in the ’80s, virtually every star before them has been forgotten.  John Brodie deserves better than that.

-1 #3 Chuck Peterson 2018-01-06 01:23
@ #2 cka2nd--All Pro-Bowl QB's during Brodie's career are in the HOF. Maybe this is why he only made 2 pro bowls. The competition was that great. Brodie's accomplishme nts on sub-average teams was remarkable. He deserves induction.
Quote
0 #2 cka2nd . 2015-08-09 17:55
I mean no offense to Mr. Brodie but he was a Pro Bowler only twice. Hell, Norm Snead made twice as many Pro Bowls! I'd vote for John Hadl, Roman Gabriel, Ken Stabler, Ken Anderson and maybe even Daryle Lamonica before Brodie.
Quote
0 #1 Bruno 2014-09-28 13:16
Yes I saw John Brodie's great play during the 70s he foes belong in the Hall of Fame. He does belong as one of the best passers in Football
Quote
Refresh comments list
RSS feed for comments to this post