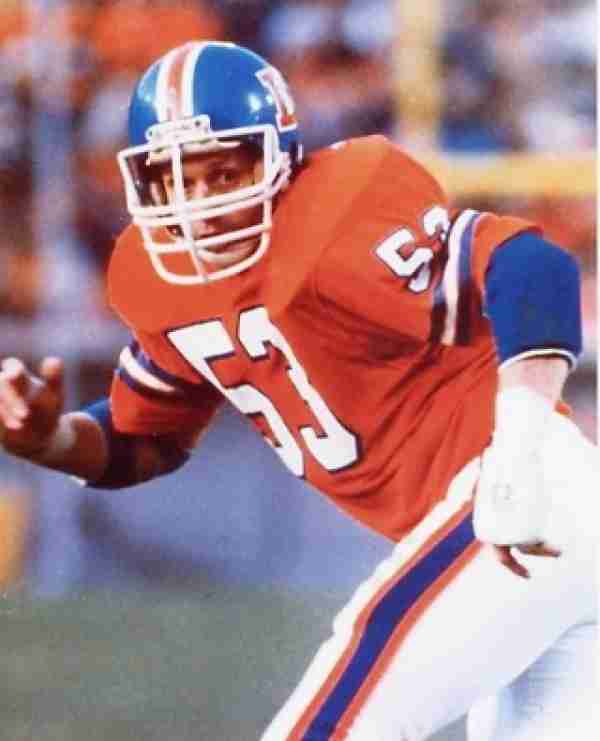 
It is funny to call a Defensive Player of the Year and a seven-time Pro Bowl linebacker underrated, but he was to a certain degree.  As John Elway led the Broncos to Super Bowl wins two decades later, the stars of the ’70s that almost got there have become an afterthought.  You would think that maybe one member of that team would have got into Canton by now.  His recent Finalist appearance on the Centennial Slate does help his future chances, though for his fans it feels so far away.

12
+4 #13 Robert Stufflebean 2020-02-14 22:22
A travesty of justice that Randy is ignored.
Quote
+5 #12 Andrew Grimes 2020-01-24 17:44
Randy Gradishar was the heart of the Orange Crush defense, regarded as one of the best ever. He didn’t need to brash like some of the others, he did his talking my making plays. Tom Jackson was the talker on that defense. Just ask John Madden. He is a Hall Of Famer to me, regardless of what the clueless voters think. He averaged over 200 tackles a season, which is AMAZING. Unfortunatel y he never won a world championship and therefore isn’t a household name. I say ask the Hall Of Famers that played with him if he was good enough. I bet you they’ll agree. Dan Hampton once asked Walter Payton who hit him the hardest. His answer? Gradishar ‘78. Once he gets in, it’ll be that much sweeter. Go #53!
Quote
+8 #11 Jacob Johnson 2018-08-09 05:00
Let's see... 10 years a linebacker in the NFL, 7 pro bowls, 20 interception s. 13 fumble recoveries, 20 sacks, over 2000 tackles, 4 touchdowns, and in 1978 named AP defensive player of the year. Yes, he should be in the hall of fame. He should have been there a long time ago. The HOF should be ashamed.
Quote
+1 #10 Detroitjohn 2018-05-09 03:28
Graduated in 1974 from OSU not 1964...
Quote
+5 #9 John L. 2017-08-14 19:00
Stellar NFL career. The late great Woody Hayes called him the greatest player he ever coached at Ohio State. Enough said.
Quote
+9 #8 Steven Shaw 2016-05-16 19:21
Skilled? You bet! Underrated? Obviously! The Orange crush would never have existed without this man! To his detriment, he was the epitome of humility. Not brash, flashy, or a loudmouth. He understood his role, as well as that of the rest of the defense. If for whatever reason, a teammate was not in the right place at the right time, he would step in for them (hence, his unearthly stat's). His defensive prowess and instincts were to say the least unnerving. Get this man to Canton, STAT!!!
Quote
-1 #7 cka2nd . 2015-08-09 17:22
Gradishar definitely deserves to be in the Hall. I'd probably put Riley Odoms in, too, although I admit he's a borderline case. Craig Morton is one of the great pro football resurrection stories of all time, the third best QB in Broncos history, and had the best year of his career at the age of 38 but he never made a Pro Bowl or All-Pro team.
Quote
+3 #6 Zack Savage 2015-05-03 15:59
Not an official stat at the time but I've seen his career tackles estimated at about 2000 over 10 seasons. 100 is a fine year... 150 is first team all star 200? As an average for a decade long career? Wow
Quote
+3 #5 Dutch. Robbins 2015-03-22 22:23
Three qbs that beat the mighty Pitsburgh Steelers during the 70s postseason playoff s they were 1. Bob Griese of the 72 undefeated Miami Dolphins. 2. Kenny Stabler the snake / Madden Raiders. 3. Craig Morton Orange Crush Denver Broncos. Huge bragging rights for all 3 qbs.

Quote
+1 #4 jasoncohen9 2015-01-13 17:30
Craig Morton? Are you serious Ziggy Koole. He's undoubtedly the worst postseason QB ever! It's a miracle the Cowboys & Broncos even made SBs with him behind center!
Quote
12
Refresh comments list
RSS feed for comments to this post