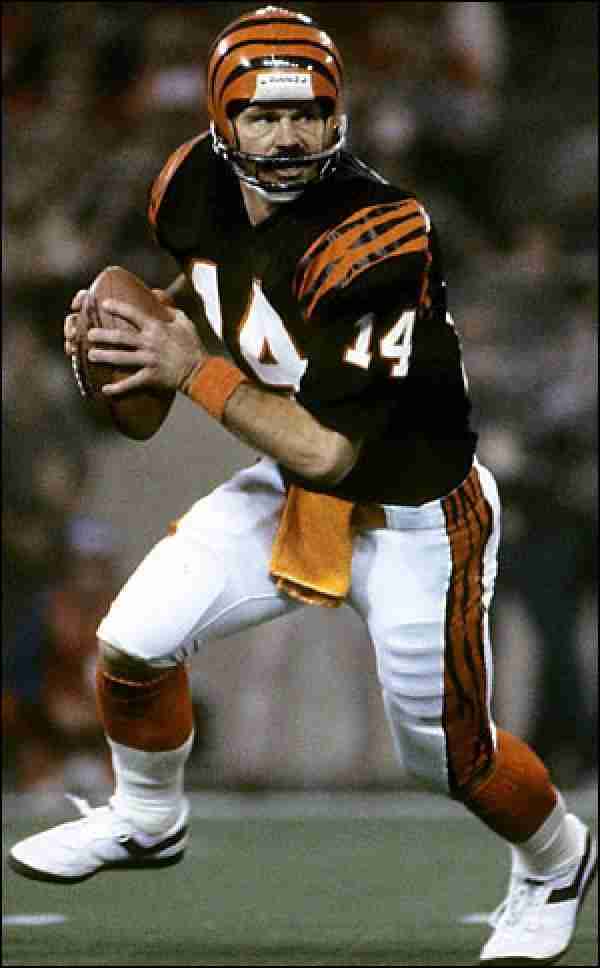 
Anderson had the misfortune of playing at a time of flashy quarterbacks and despite his skills, he did not receive his due.  As he has only been a finalist twice this remains to be the case.  Considering that Anderson did not have the weapons that the bigger name QBs of his era had, his stats are actually more impressive than at first glance.

Please share with me how many other probowl players were on any of his teams over his career. Ken had the least amount of help and had to play 2 times a year against the Steel Curtain at the height of their dominance and Ken did all of his work during the NFL's dead ball era. His numbers are amazing and unfortunatel y too many people are just casual observers that get to vote.
Quote
0 #4 cka2nd . 2015-08-09 17:41
jimmy26, none of the quarterbacks that you named have a better case than Anderson to be in the Hall. Stabler and Anderson are about even (see my response to Mr. Vercelli). Simms and Theismann only made two Pro Bowls and Plunkett none. Super Bowl championship s only go so far and I don't think Simms, Theismann or Plunkett are even close to Hall status.
Quote
+4 #3 cka2nd . 2015-08-09 17:37
Mr. Vercelli, no, Anderson wasn't the "only reason" the Bengals went to the playoffs four times. The 1975 and 1876 teams had Top 10 defenses, very good offensive lines and Isaac Curtis. The 1981 and 1982 teams had Pete Johnson, Chris Collinsworh, Dan Ross and very good OL's anchored by Anthony Munoz. To me, Anderson and Ken Stabler are both borderline cases. Four Pro Bowls and one First Team All-Star team apiece, Anderson with the longevity and overall better stats, Stabler with the playoff performances and Super Bowl ring. I will say that I think they were both better than Troy Aikman.
Quote
+4 #2 Steve Vercelli 2015-06-15 22:54
A travesty that Anderson is not in the HOF. THE most underrated in history. Because he doesn't have a "ring" (like Tarkenton, Kelly, Fouts, Moon and others), he WAS the ONLY reason why the Bengals went to the playoffs 4 times. Griselda, Bradshaw, Montana, Aikman were surrounded by HOF members on both sides of the ball. Anderson had Anthony Munoz.
Quote
-8 #1 jimmy26 -0001-11-30 00:00
The way I look at ken Anderson is that he was a very good quarterback on very solid teams that could not get over the hump. I think there are two or three more deserving quarterbacks (Stabler, Theisman, Simms n mayb even Plunkett) that deserve recogntion before he goes in. With that in mind I cannot put him this high on the list!
Quote
Refresh comments list
RSS feed for comments to this post